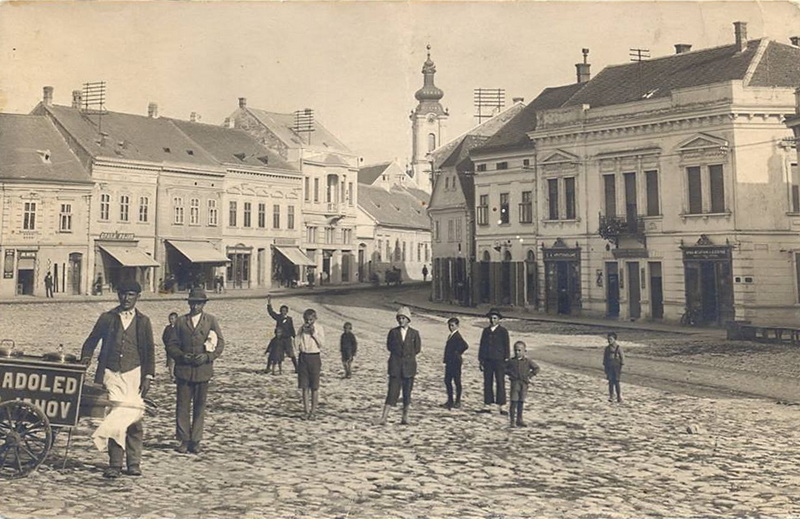 After the repression of the revolution of 1848, in the territory of the regiment of Petrovaradin the laws and institutions formerly in force were introduced again. At Mitrovica, which was the seat of the regiment headquarters, the military regime made impossible the economic and social prosperity. The citizens took advantage of the fall of Bach's absolutism to realize some rights concerning municipal revenues and local autonomy.

At that time was founded the most ancient cultural institutions: Serbian civil reading room and Serbian church choral society. The dissolution of the Military Confines and the construction of the railway line, which took place a little later, opened widely the door to the unimpeded penetration of the capitalism into this part of Srem, whose center was Sremska Mitrovica. Great changes cam about in the eighties and nineties of the XIX century, when the town from the seat of the headquarters of a military unit in the Confines became an important commercial and financial center. At that time, there were 108 great business houses, 347 artisans' workshops and several banks. The capitals invested in the first industrial enterprises carne from Bohemia, Hungary and Austria. At the end of the XIX century there were about 700 workers employed in the industry. The local branch of the Socialdemocrat party was founded in 1903. The management of the municipal administration was in the hands of Serbians, economically the strongest ethnical group. By a decree of the Serbians, economically, dated on the 2nd of June 1881, the political commune was promoted to the rank of free royal town, with a complete autonomy. The town had its own statutes, its coat of arms and its seal. The organs of the municipal administration are: Municipal assembly, as the enacting body, the mayor and the town administration as executive organisms. According to the census of 1902, the town had 1,817 houses with 11,518 inhabitants; the population was formed of Serbians, Croats, Germans, Hungarians, Ruthenians and Slovaks.

The bourgeoisie of individual nationalities manifested its national aspirations by a lively activity of cultural institutions and societies. In addition to five primary schools, a secondary school with modern side and a vocational school, there developed in Mitrovica at that time its activity the first school for deaf-and-dumb children on the whole territory of South Slavs. There were also several reading rooms, choral societies and amateur theatricals. A that time there were issued in the town six local newspapers. When the World War I broke out, Mitrovica, being a frontier town, experienced difficult days. The Austro-Hungarian terror swept down upon the Serbian population. Not far from the town, in a field called Leget, there took place, on the 6th of September 1814, a great fight between the Austrian and Serbian armies in which a whole Serbian regiment of the Timok division was destroyed. On the 1st of November 1918, the citizens overthrew the Austro-Hungarian regime and established the authority of the Popular Council. In this way, after two hundred years, came to an end the domination of the Habsburg emperors in Mitrovica.