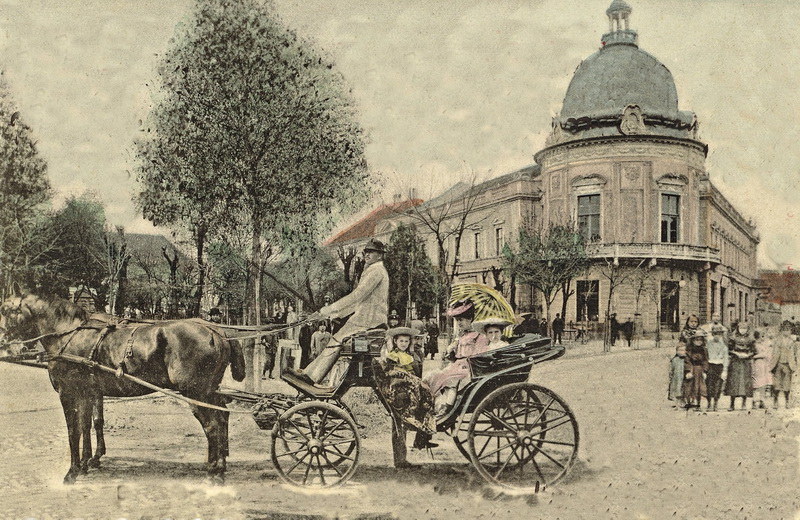 At the time when the Petrovaradin regiment of Confines had been founded in 1750 with the seat in Mitrovica, there began a period of intense and important building activity which extended over more than a hundred years, with the stress on the first decades when most of these buildings came into being.  On a town plan from 1780 which was discovered in the War Archives in Vienna as well as on two others preserved in the Museum of Srem, there are inscribed 36 buildings constructed for the needs of the military administration of the Confines. Nine such buildings have been preserved up to the present day, partly or entirely modified. Some of these buildings, for instance the one at the corner of Svetozar Markovic and Braca Radic street or the building in Pinkijeva street number 6, have maintained the principal characteristics of the architecture of the Military Confines: solidity, simplicity an austere symmetry, frontages without any architectural decorations. Simultaneously with the building activity, closely connected with the Military Confines or rather the one which resulted from the needs of the administrative apparatus, there develop another kind of building activity — bourgeois architecture.

The rapid rise of the trade and crafts during the period of the civil administration gave rise to a very lively and accelerated construction of the trading and craft center. On old plans there are clearly to be seen two principal squares, formed at that time, as the first town planning wholes in the modern sense of the term. The monuments of sacral character occupy an important place in the whole of architectonic legacy. Almost all of them, except the old Orthodox church, were built in the interval from the end of the XVIII to the beginning of the XX century. The most interesting of all is the old Serbian church, situated near the Save, built to all probability during the Turkish stay in the town. The church has been restored and the Museum of Church Art is at present in it so that this old and important monument has got an adequate destination and continues to exist under the new conditions. The great Orthodox church of St Stephen's and the Catholic church of St. Demetrius's are representative edifices executed in the classical style. The Ruthenian Ascension Church is of more modest size and of more recent date. When the Military Confines had been abolished in 1881, Mitrovica was granted the autonomy and it obtained the civil administration. From the architectonic and town planning point of view, the most important character of this period is the construction of monumental public buildings and an ample restoration of the old ones.

In this period were recorded for the first time the names of designers, professionally trained architects, such as Vladimir Nikolic. During this interval were constructed many private houses of a rather representative aspect.  The new architecture developed under the influence of the West, of eclectical styles which prevailed in Europe on the transition between the XIX and the XX centuries.